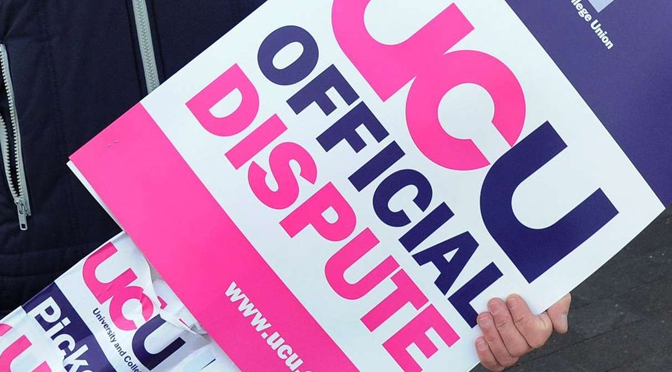 Members of the University and College Union (UCU) at the University of Warwick will be on strike on Friday (24 June) as part of a wave of nationwide strikes in a row over pay and conditions.

Staff at the university have timed their action to coincide with an open day for prospective students and their parents. Union members will lobby students and parents as they arrive to explain more about their campaign for fair pay and better conditions.

Striking staff will be on picket lines outside the Bus Interchange on Gibbet Hill Road between 11.30am-2pm.

The dispute has arisen following a pay offer of just 1.1% from the universities’ employers, the Universities and Colleges Employers Association. UCU said universities can afford to pay more and the offer did little to address the real-terms pay cut of 14.5% that members have suffered since 2009.

The squeeze on staff salaries comes despite vice-chancellors enjoying a 6.1% pay hike. The union has also called for universities to commit to closing the gender pay gap and reducing the proportion of staff on casual and zero-hours contracts. On average, female academics are paid £6,103 less a year than their male counterparts, while 49% of university teachers are on insecure contracts. At Warwick, in 2013/14, the gender pay gap for academic staff was £11,331.

Since 2010 the amount spent on staff by universities as a percentage of total income has dropped by 3%. However, the total of cash reserves has rocketed by 72% to stand at over £21bn. The nationwide strikes over pay began with two national strike days in May and now UCU members at separate institutions are striking to disrupt local events such as open days and graduation ceremonies. More details are available here and via the Twitter hashtag #FairpayinHE.

Warwick UCU branch president, Justine Mercer, said: ‘We want to use this opportunity to tell prospective students and their parents more about the changing nature of higher education, emphasising that our working conditions are students’ learning conditions.

‘Our targeted strike action is a result of the employers’ failure to deal with the declining real-terms pay of university staff or tackle the problems of growing numbers of zero-hours contracts and the persistent gender pay gap. Members have been left with no alternative but to take this action.’